AvailabilityIn stock
SKU
GL703GM-E5055T
Be the first to review this product
Rs 276,499
Features 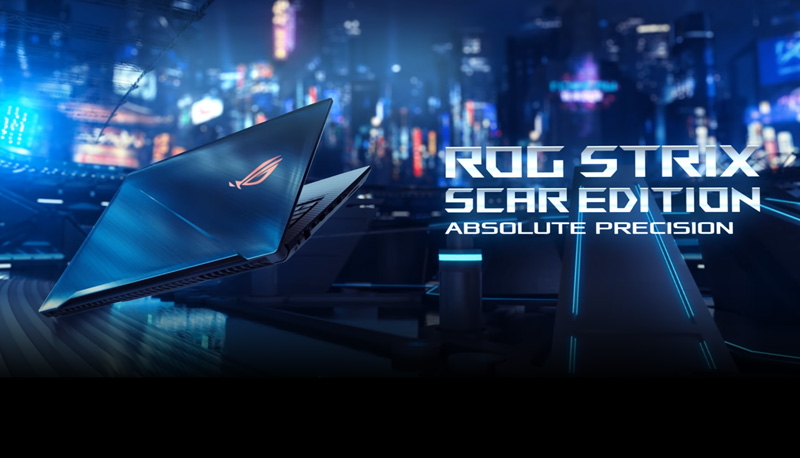 ROG Strix SCAR Edition is built exclusively for the sharpest shooters in the meanest gunfights. This gaming laptop is designed to give you a competitive edge in FPS esports titles like Counter-Strike®, Overwatch®, and Team Fortress® 2. Feel the power of Windows 10 Pro, the latest 8th Generation Intel® Core™ i7 processors, and NVIDIA® GeForce® GTX 10-Series graphics; and enjoy the smoothest and most accurate visuals ever on an IPS-level display with a 144Hz refresh rate, 3ms response time, and NVIDIA G-SYNC™ technology. With a desktop-style Aura Sync-enabled keyboard, N-key rollover, and fast-actuating keys, Strix SCAR Edition keeps you centered on the maps — so you’ll rank high, and take out targets with absolute precision!

Taking both its name and design inspiration from the FN SCAR® assault rifle, Strix SCAR Edition is designed for top marksmen. Like its namesake, Strix SCAR Edition pairs agility with performance, packing all its lethal firepower into a compact chassis with a thin 2.4cm profile, and an overall weight of just 2.6kg! And it looks the part, too — its Gunmetal Grey finish mirrors that of the deadly weapon. 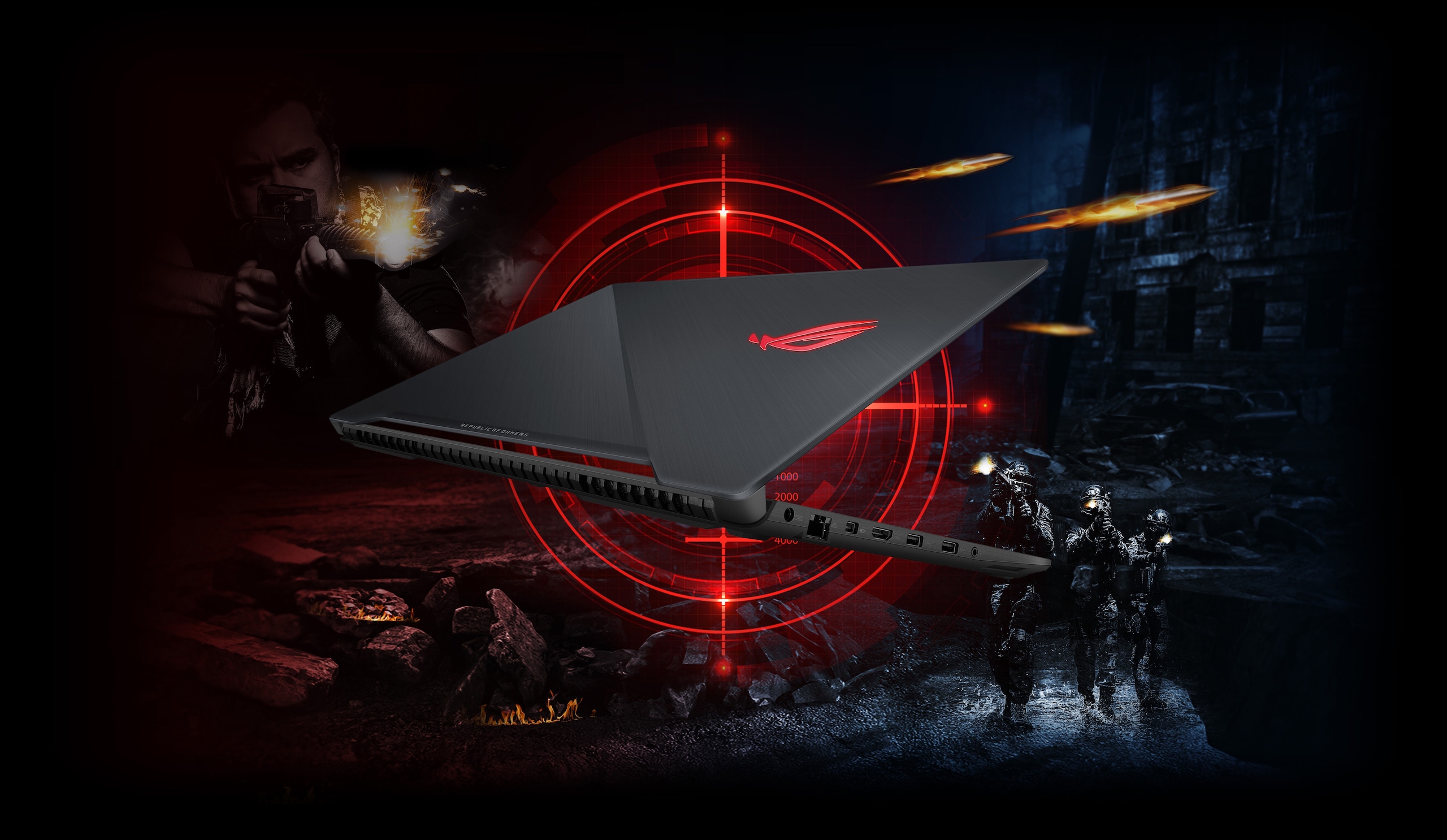 Strix SCAR Edition is powered by up to the latest 8th Generation Intel Core i7-8750H six-core processor for extreme performance. You can even upgrade your arsenal with a choice of NVIDIA GeForce GTX 10-Series graphics cards — choose from a GTX 1050 Ti all the way up to a GTX 1070. Cutting-edge storage, such as a 512GB M.2 NVMe PCIe® 3.0 x4 SSD and a 1TB Seagate® FireCuda™ SSHD, plus 32GB of DDR4 2666MHz memory, guarantee superior performance. Whichever configuration you choose, Strix SCAR Edition is armed to the teeth, with combat-proven computing power to rule the game. 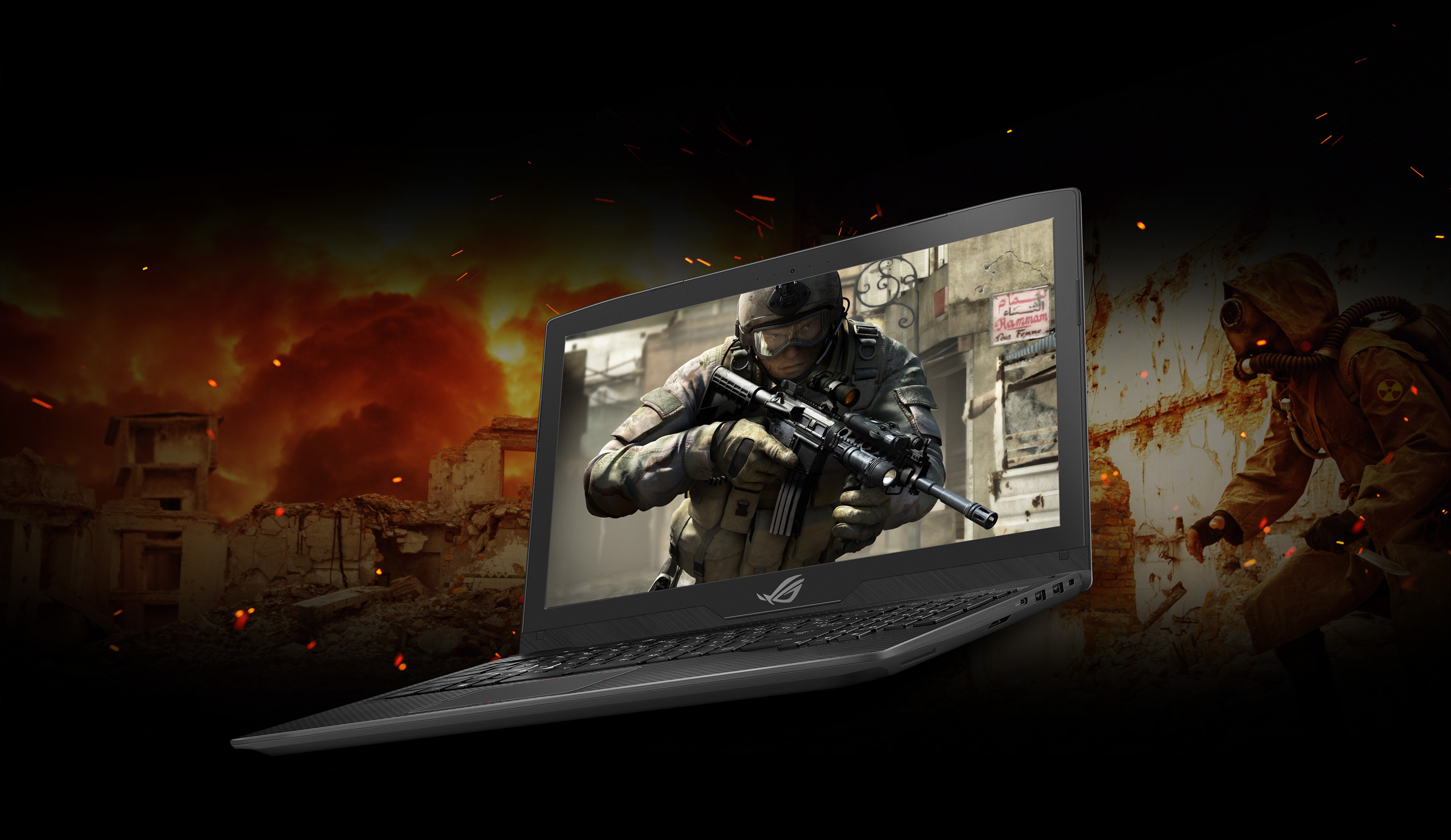 Aura Sync technology gives you the freedom to customize and sync up light effects with Aura Sync-supported gaming mice, headsets, and other peripherals to give your entire gaming setup a consistent look and feel. With a full spectrum of colors to choose from, as well as seven different lighting modes that can be accessed via the Aura control panel, Aura Sync technology lets you express your gaming persona, or the feel of the game you’re currently playing. 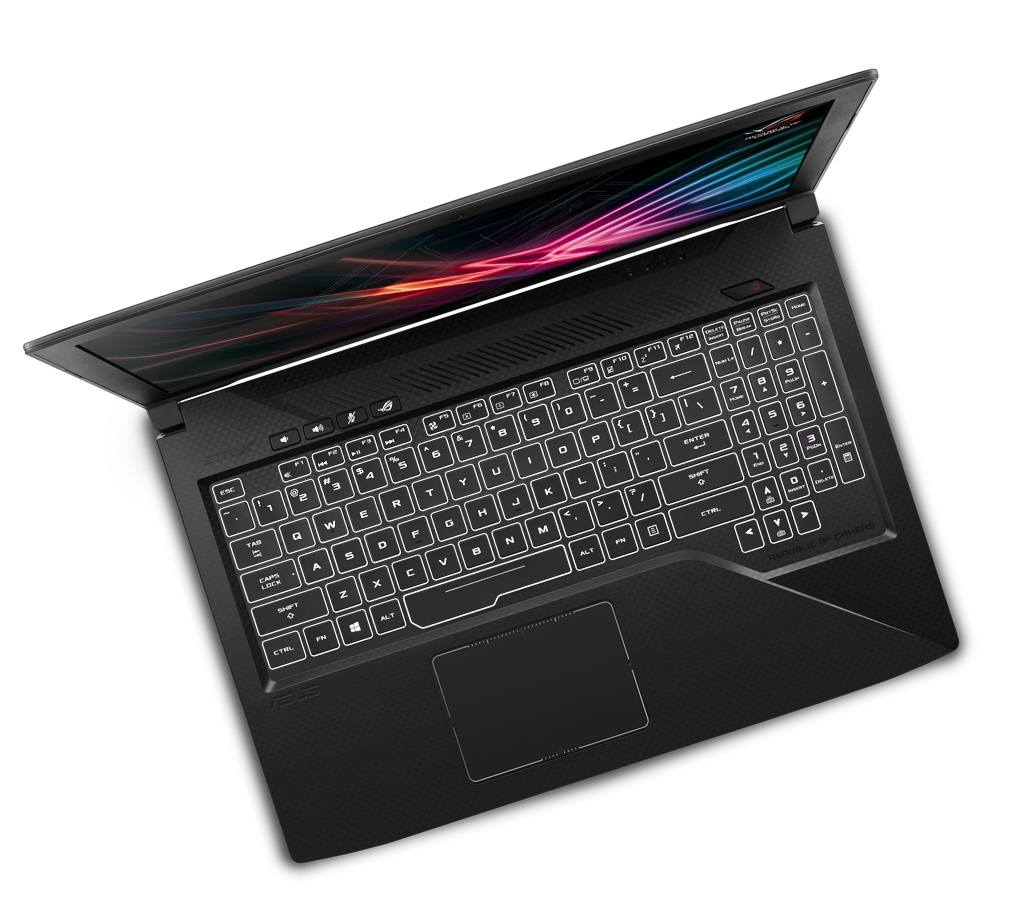 Specifications
Reviews
Write Your Own Review
More from Asus
Thanks for contacting us with your comments and questions. We'll respond to you very soon.
We can\'t process your request right now. Sorry, that\'s all we know
Please Enter Valid Captcha.